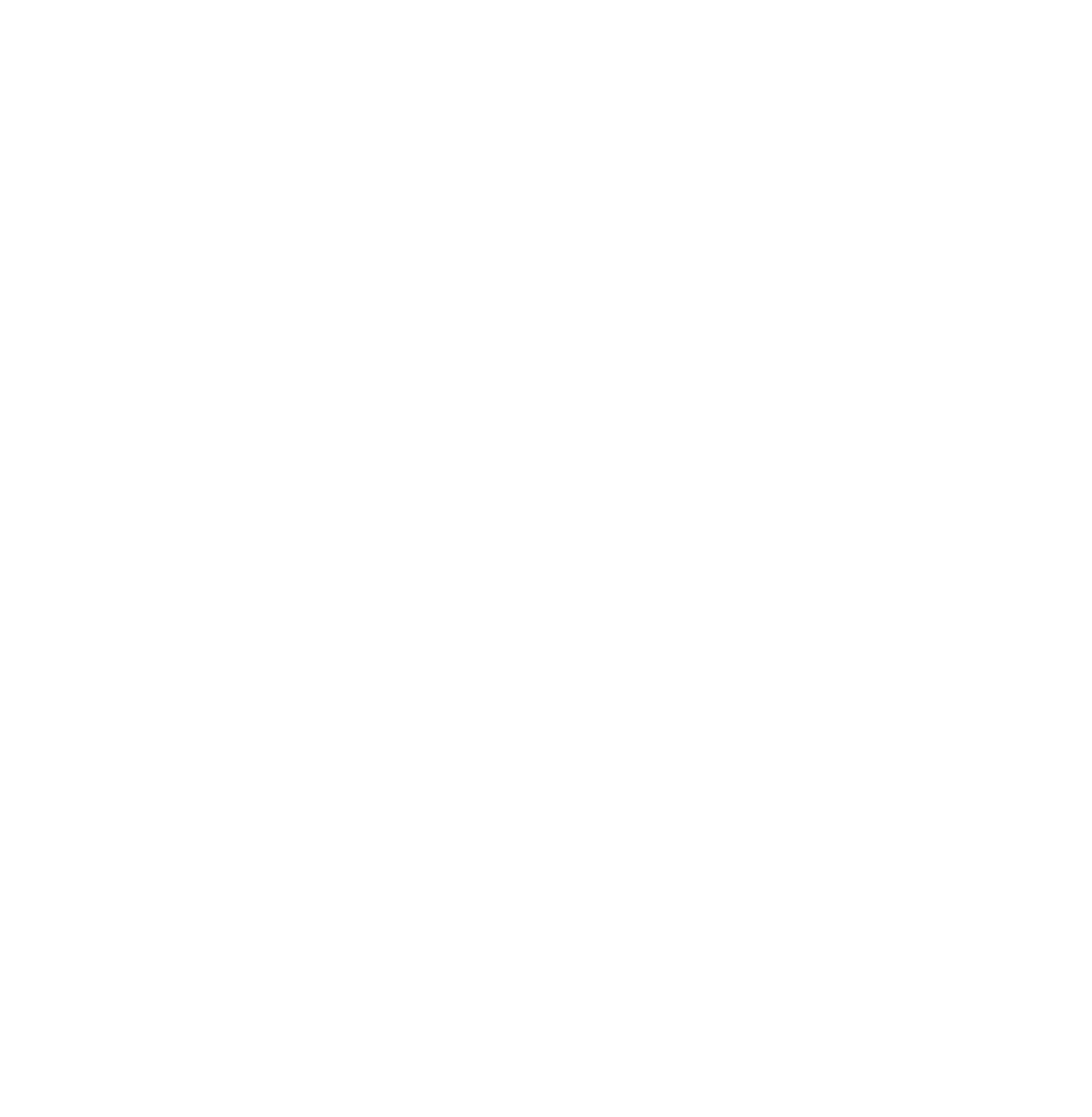 Sometimes the most last minute sessions prove to be the most fun :).

Angela contacted me a few weeks ago to inquire about my availability just a few short days later. She and her longtime boyfriend, Spencer, both originally from California, were coming to Richmond for the Marine Corps Ball at the Richmond Convention Center. SO FUN!

Spencer had recently joined the military and so this was going to be their very FIRST Marine Corps Ball together. Not only that, but these lovebirds have been dating for quite a while and had never had their photographs taken together professional! Ergo – they wanted to make sure to do the whole experience juuuuust right :). Completely decked out in GORGEOUS makeup by Avenue 42 and an absolutely stunning red dress, Angela looked BEYOND amazing! Not to be outdone, her fabulous beau wowed in his Marine dress attire looking quite sharp :).

I had a fabulous time hanging out with these two in the Italian gardens at Maymont Park – one of my favorite places to photograph in all of Richmond. Between the gorgeous architecture and columns, the blooming roses, the wrought iron gazebos that LITERALLY look like they belong in a fairy tale – what more could you ask for in a location?? I was thrilled when the adorable couple decided there was no better place for them to capture such a momentous occasion!

Angela and Spencer, I’m so grateful that the stars aligned for me to be able to photograph you during your super short stay in Richmond. While the East Coast may be a little bit colder than what you had been anticipating, I hope my beautiful city treated you well while you were here and that you have a lifetime of memories from your first Marine Corps Ball to take with you <3.

I hope to see you both back in Richmond for another fabulous Marine Corps Ball next fall! 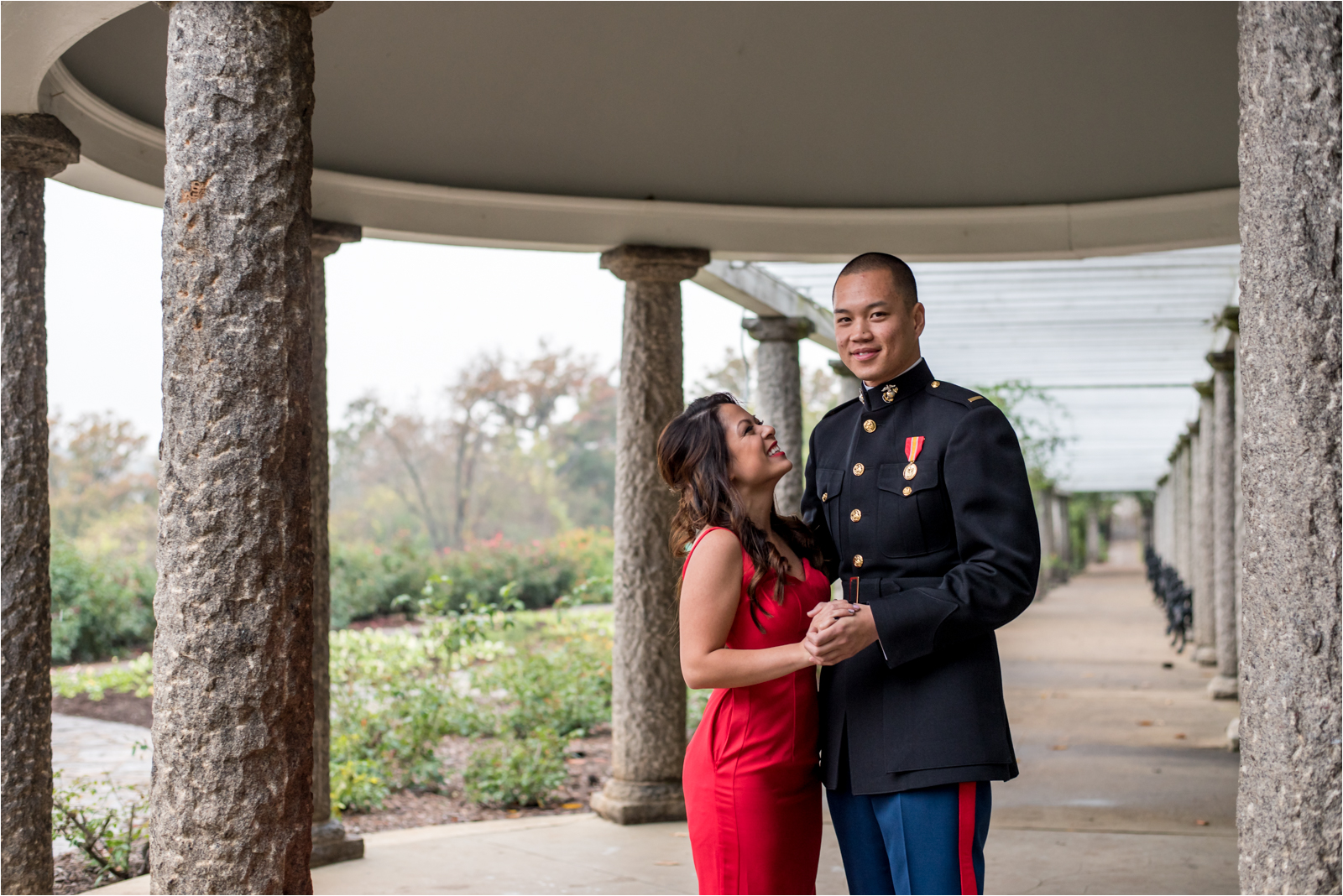 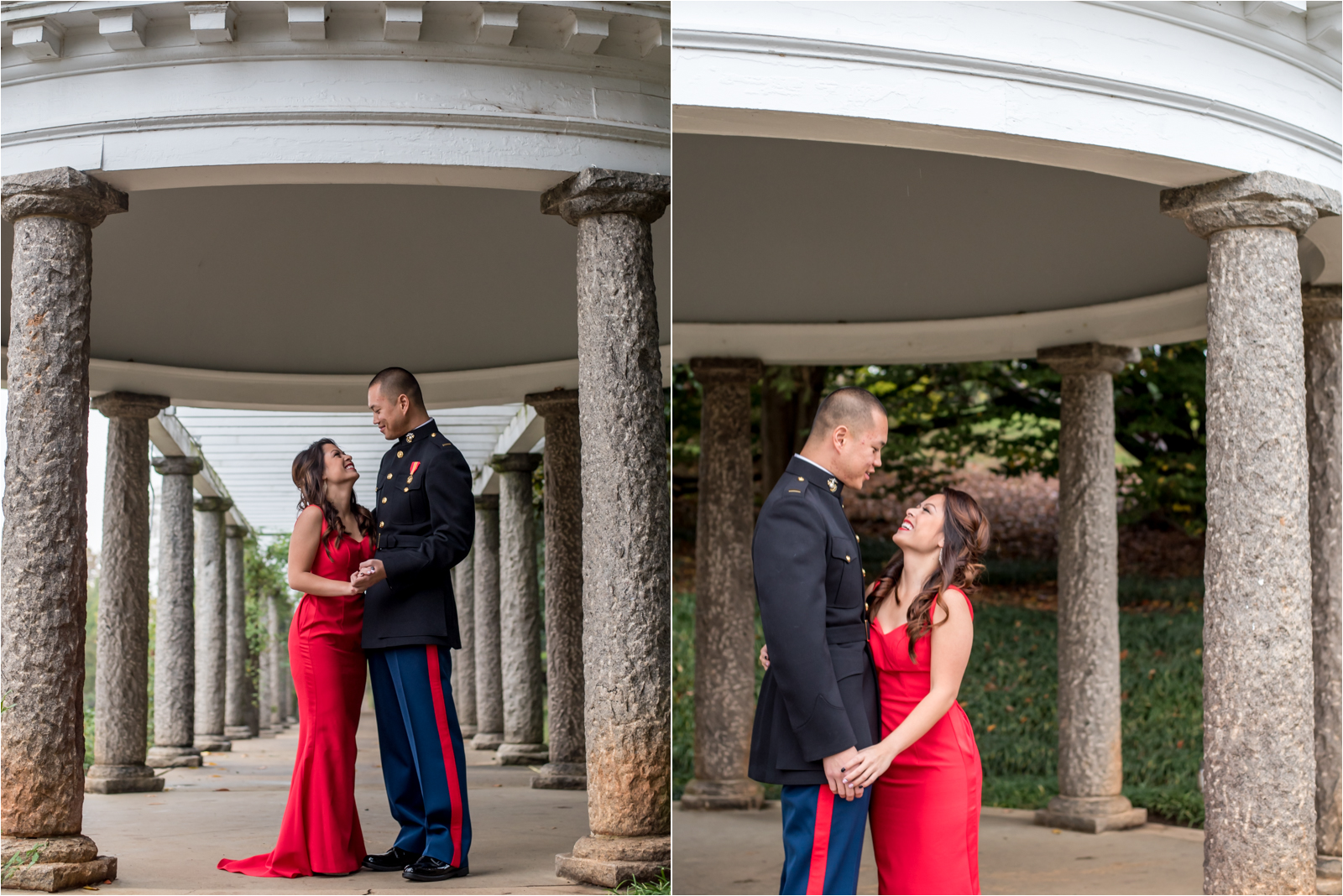 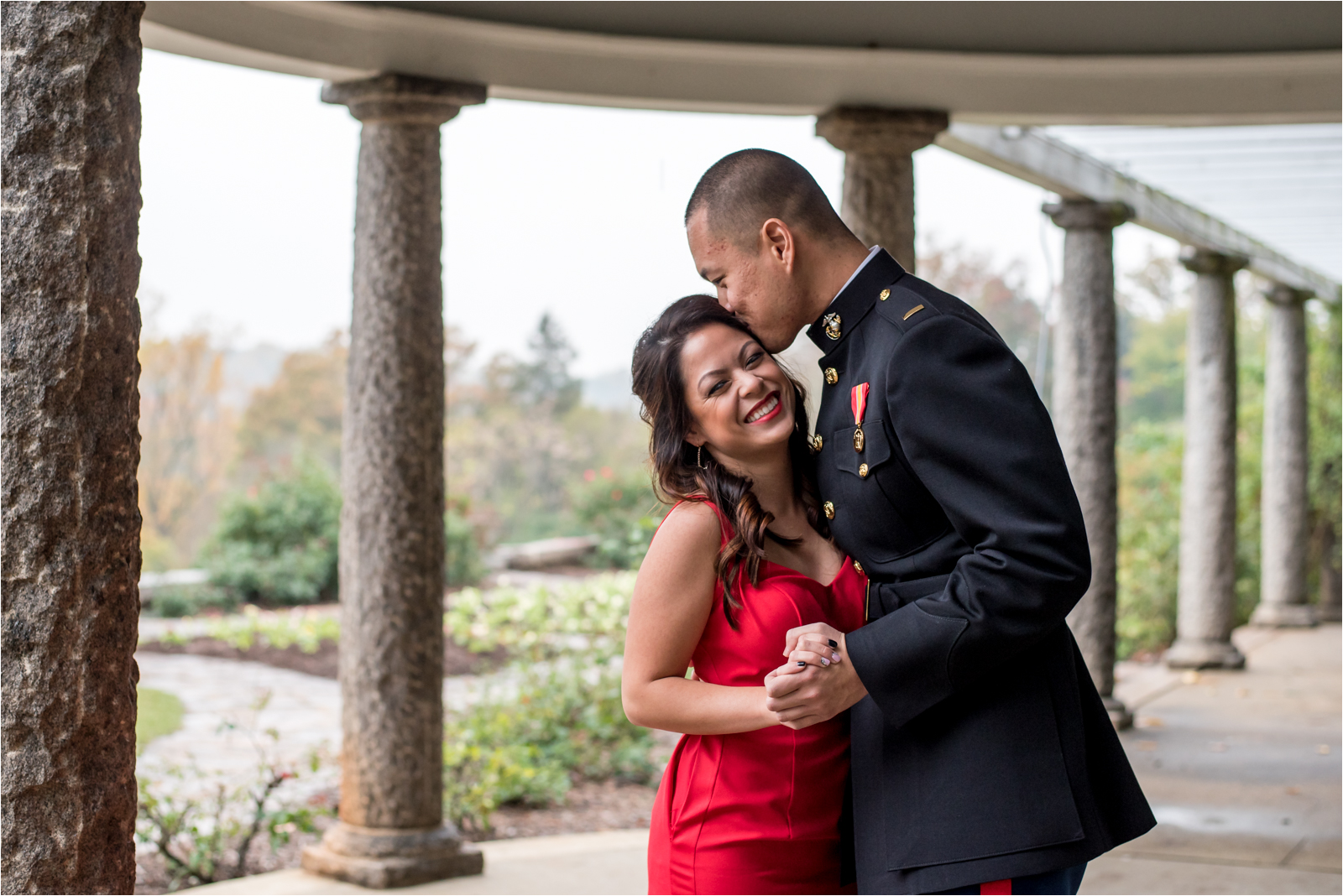 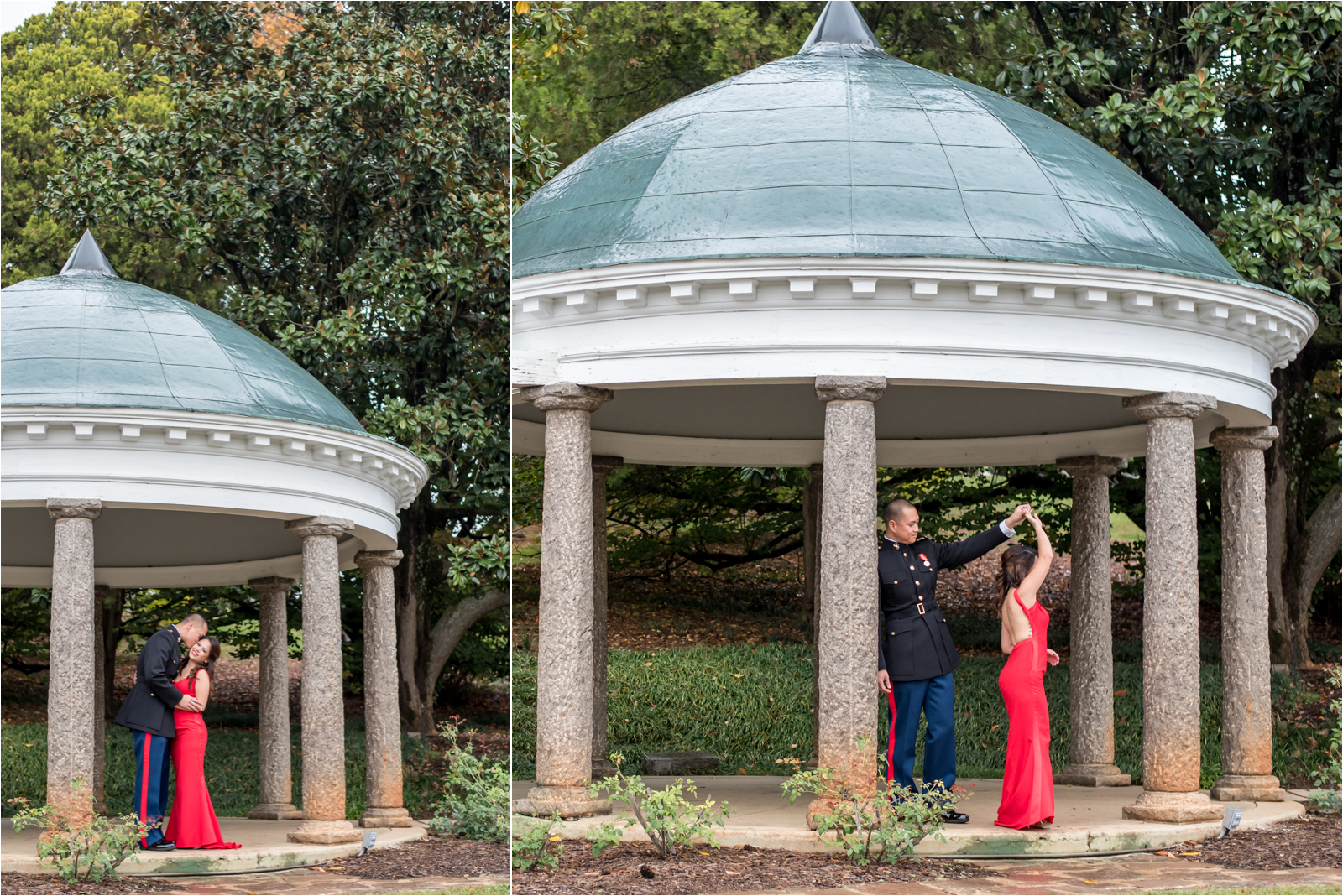 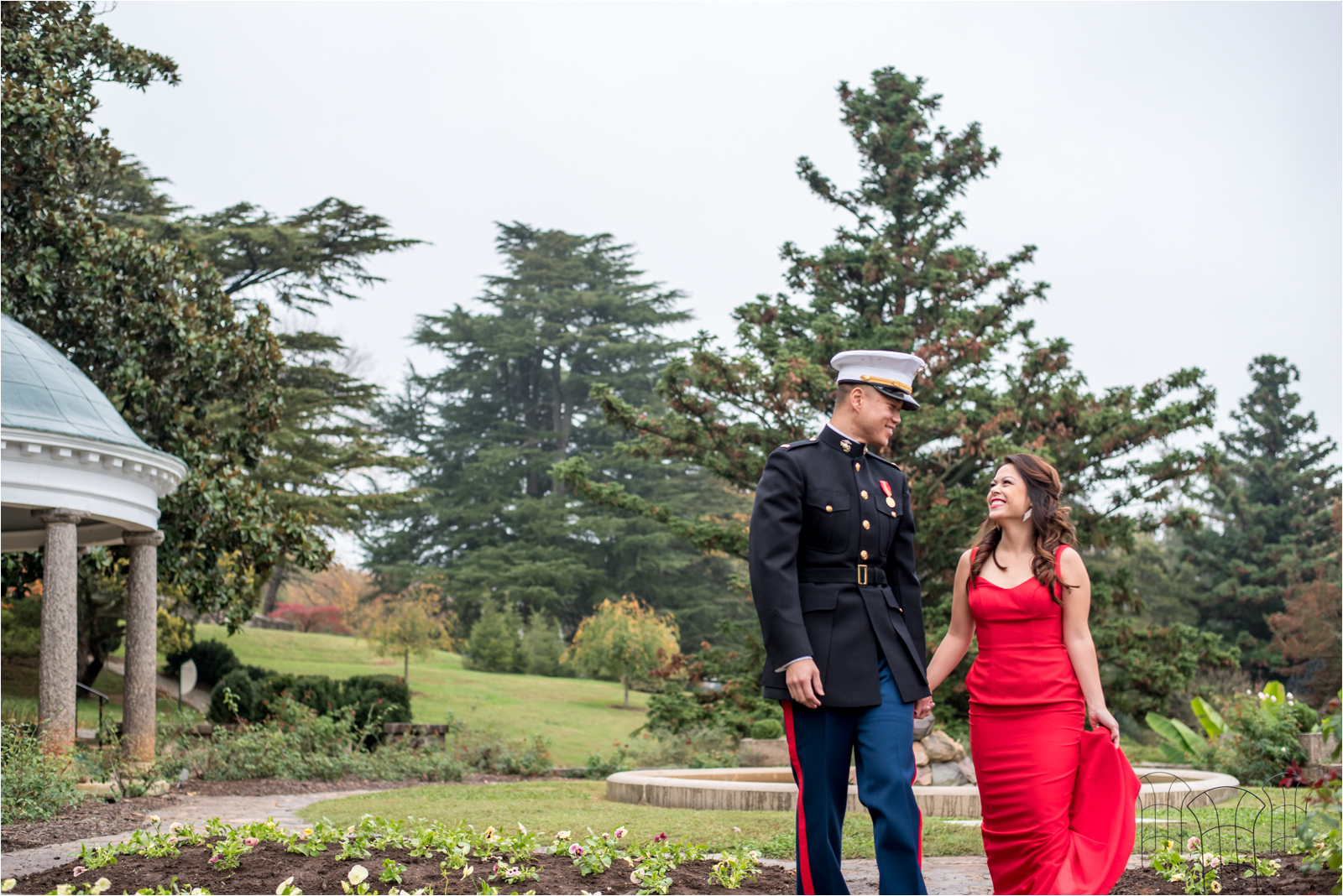 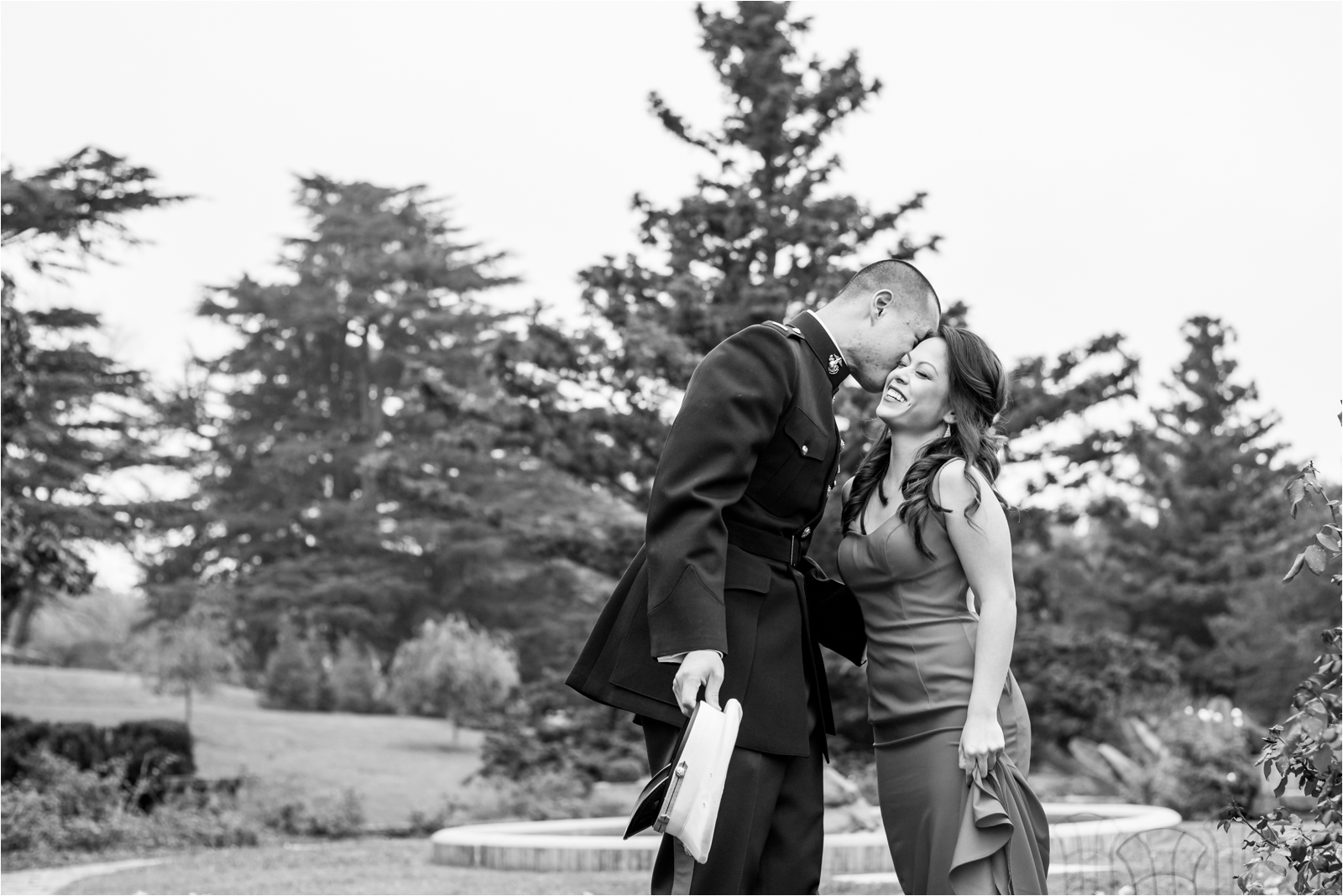 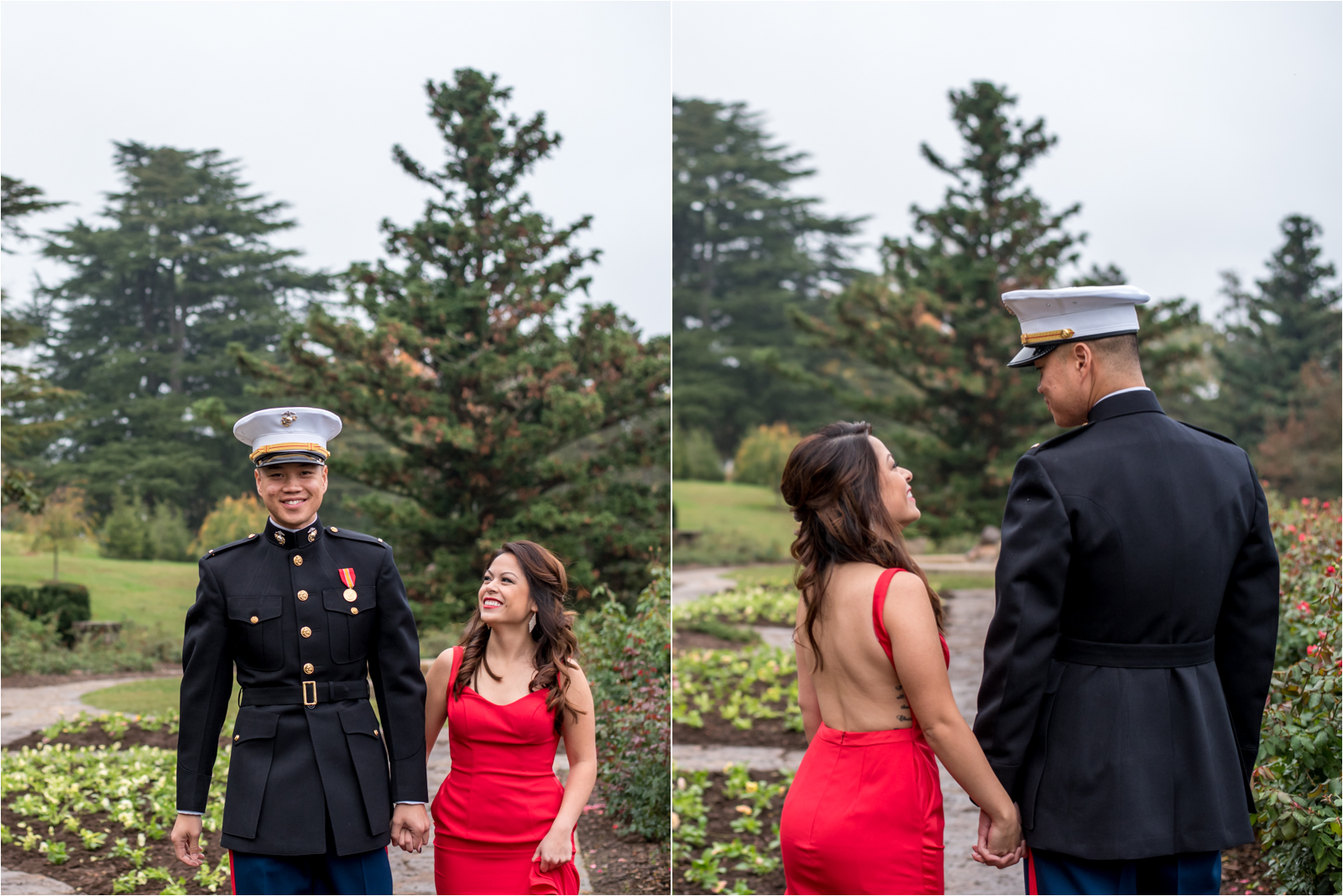 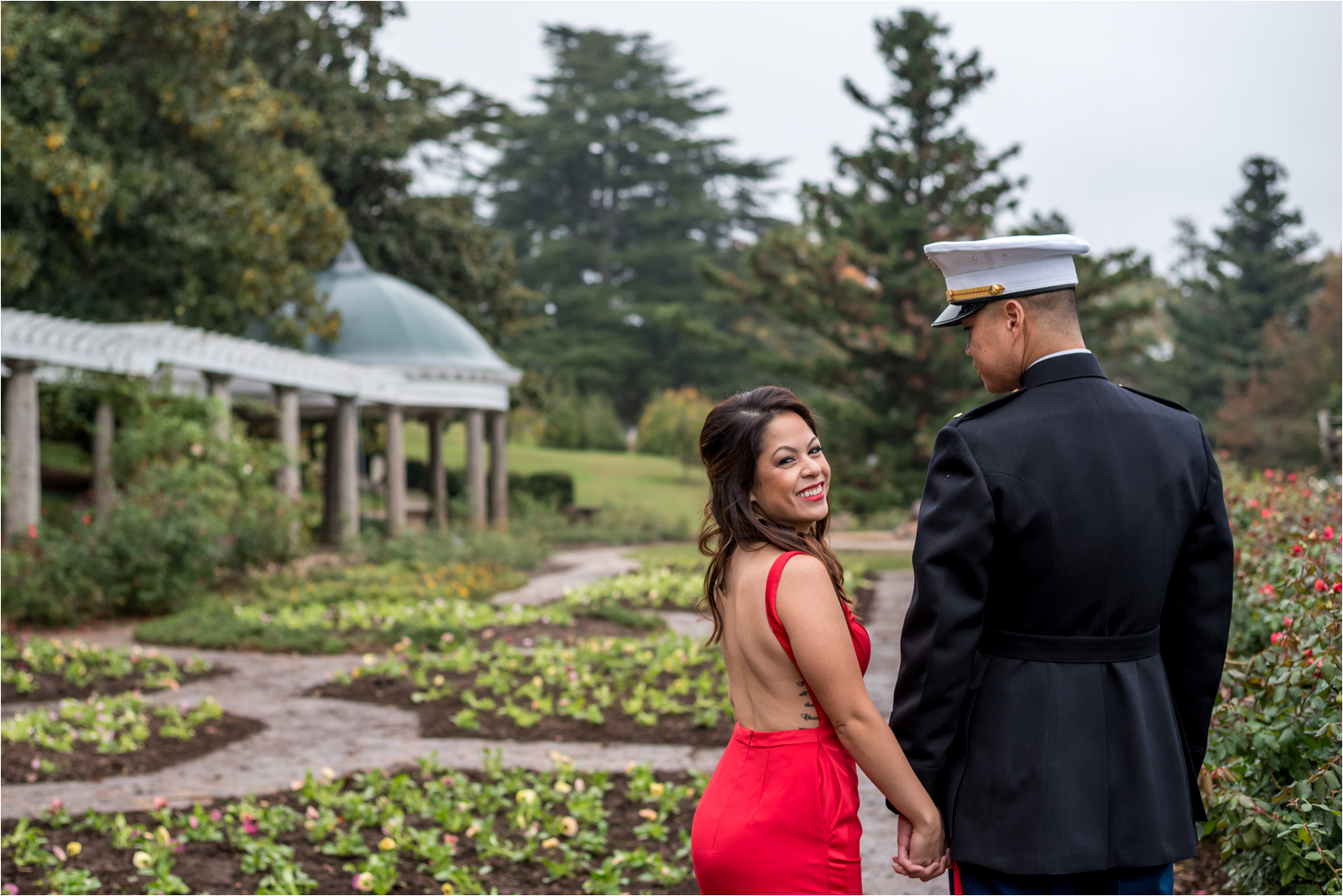 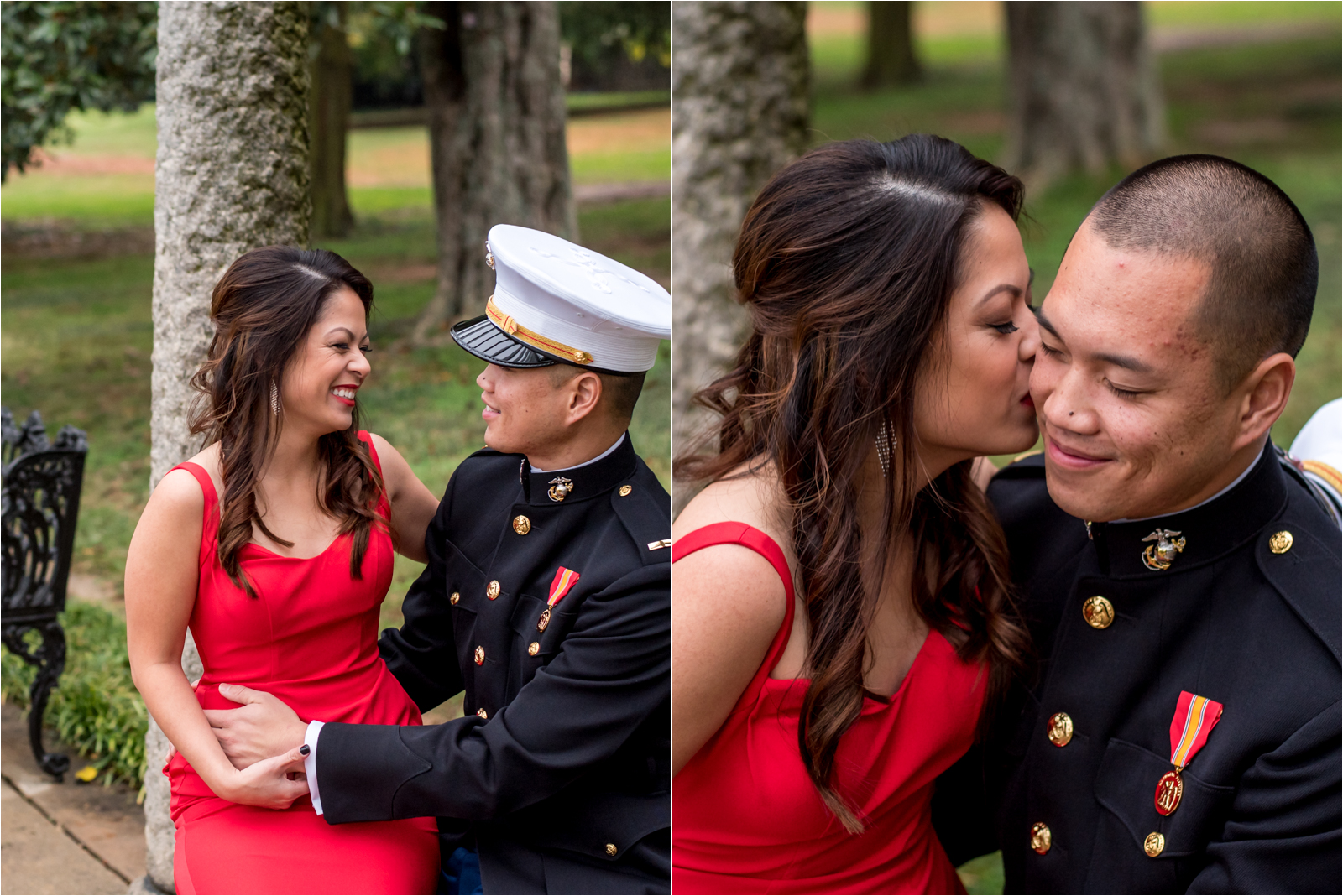 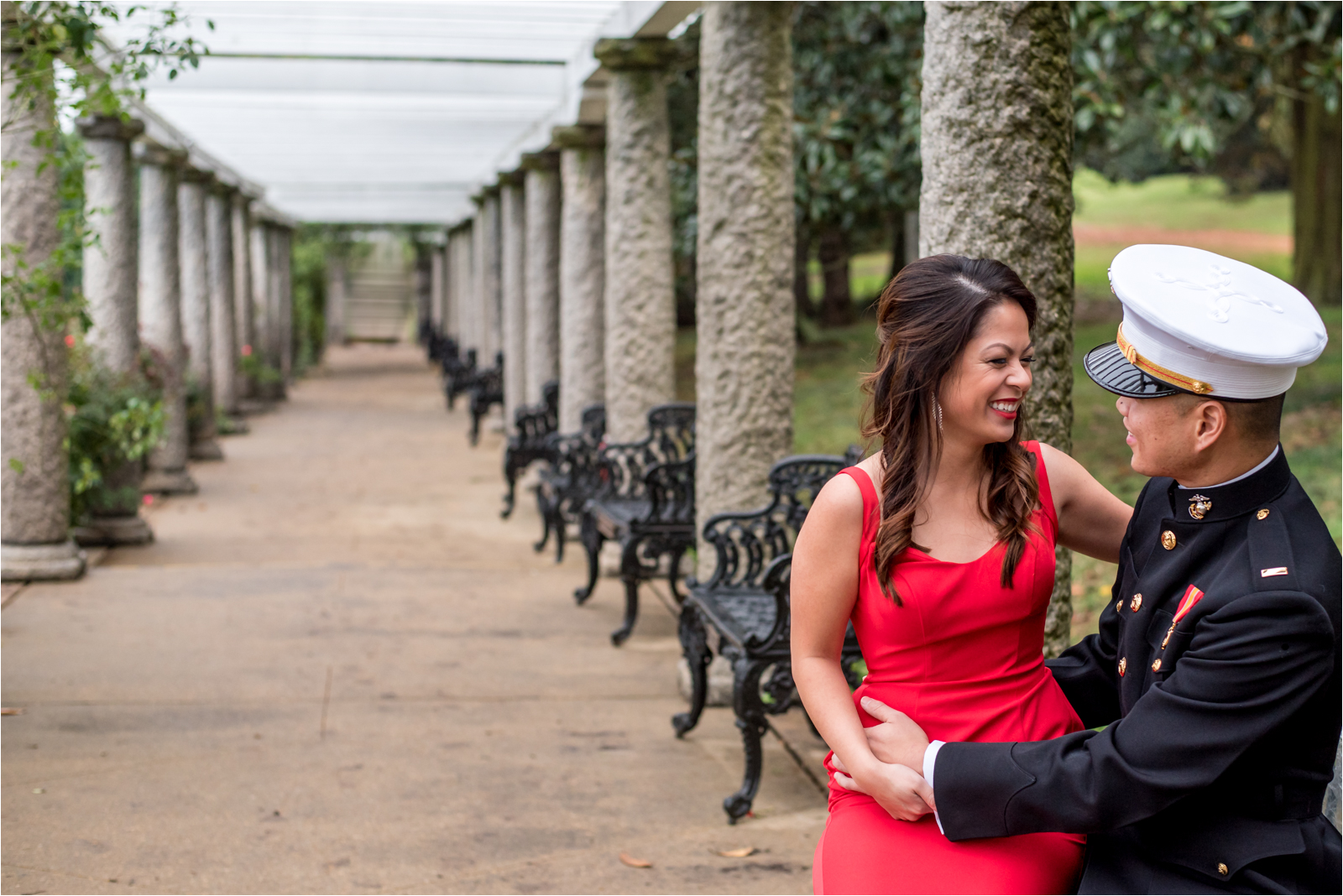 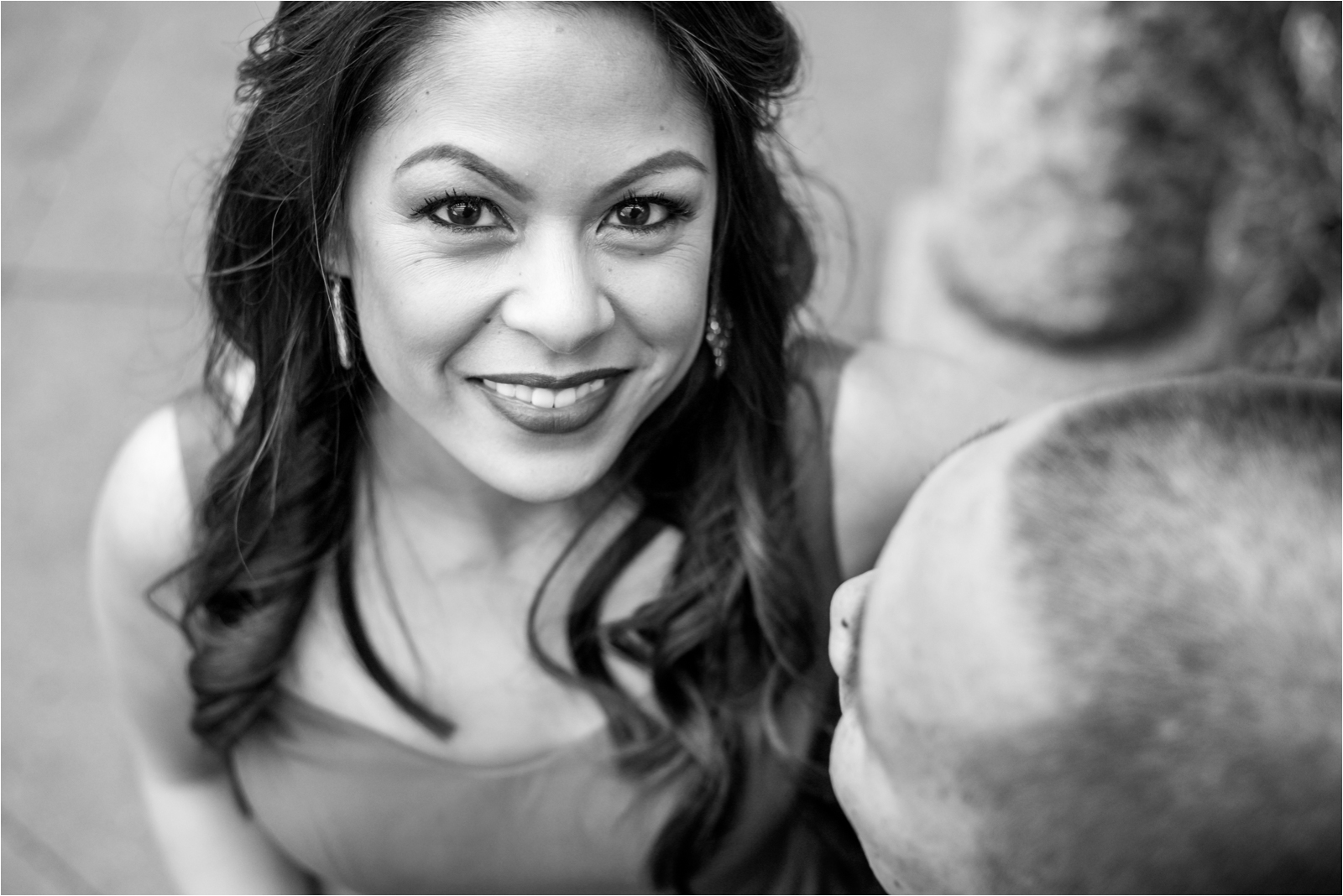 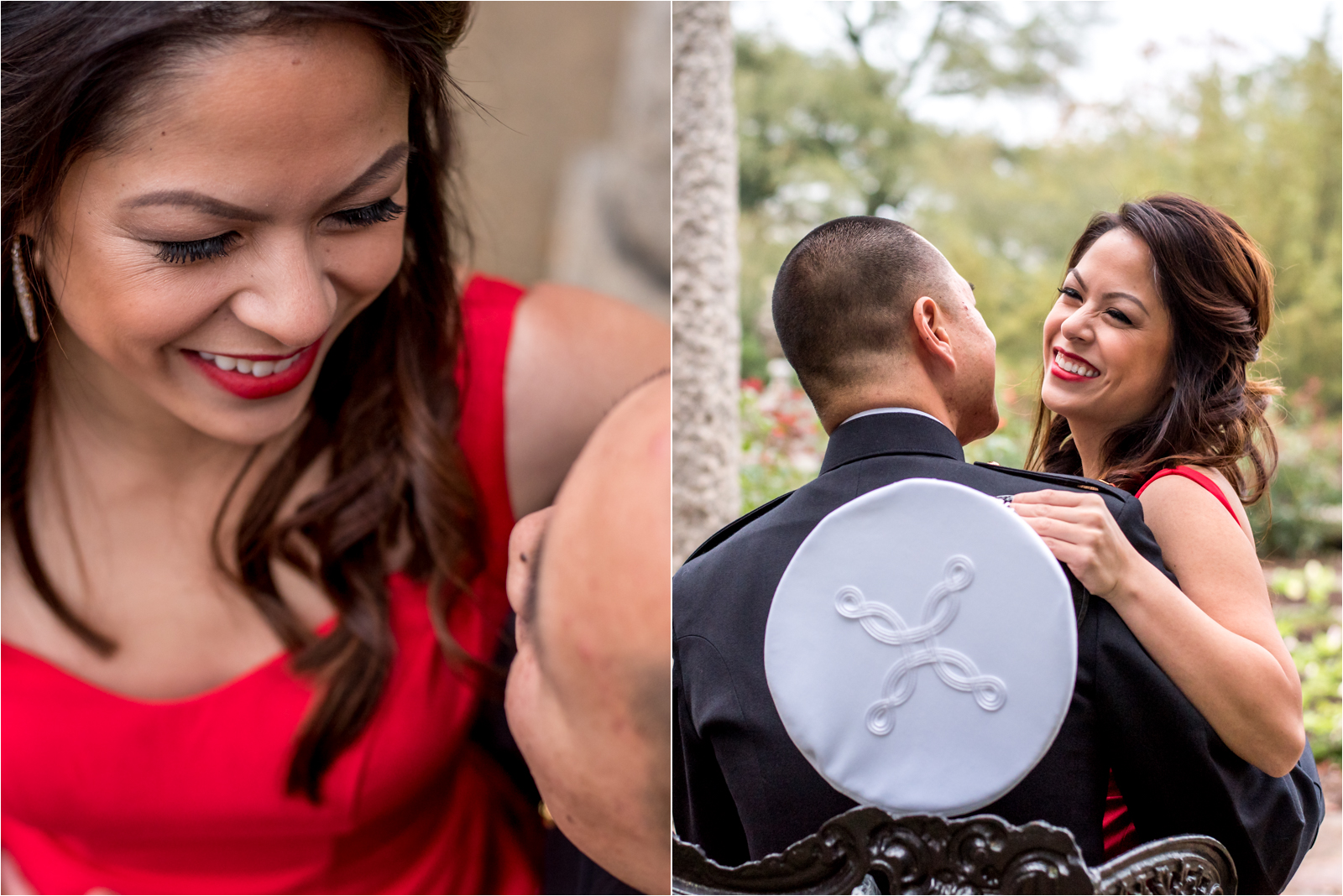 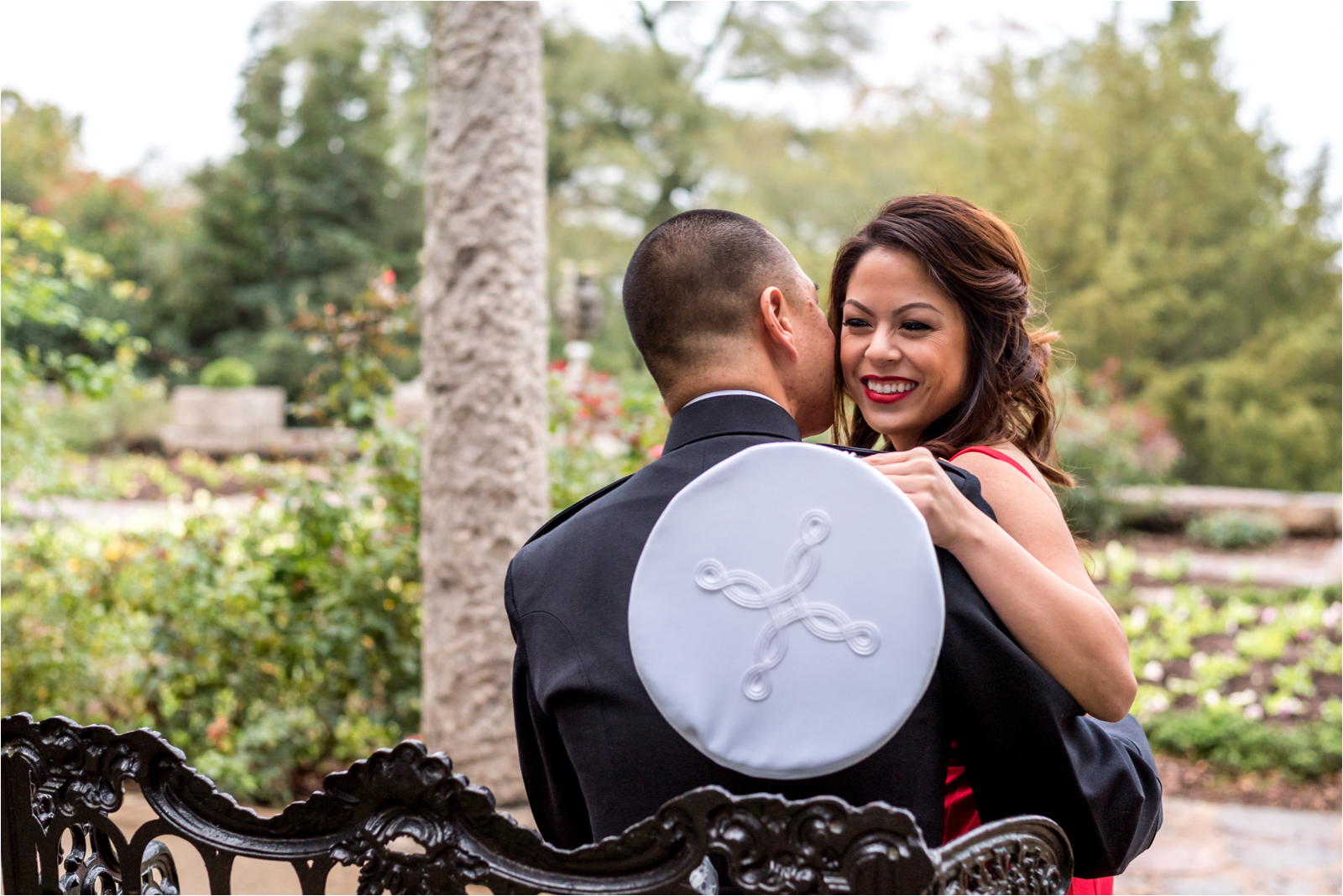 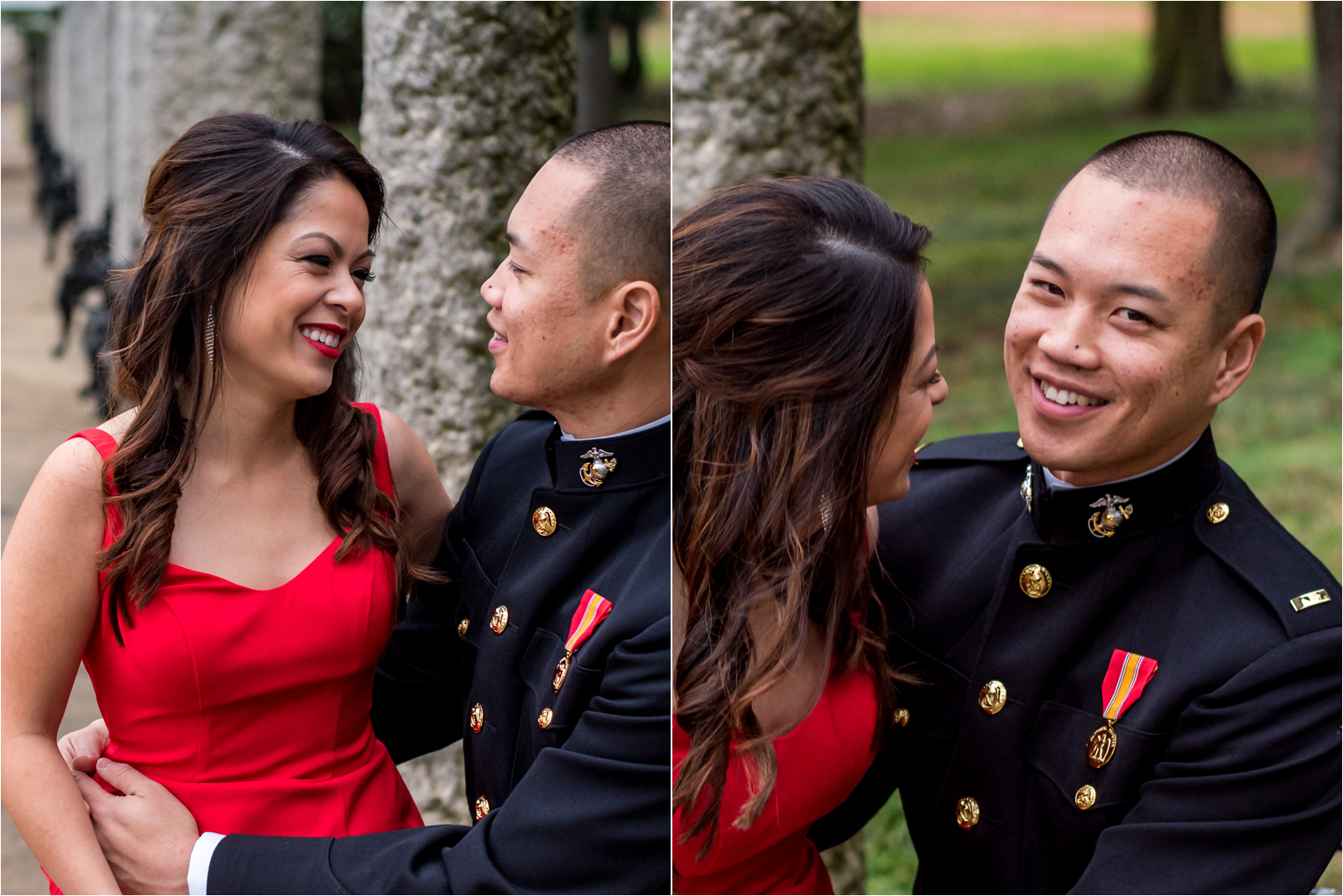 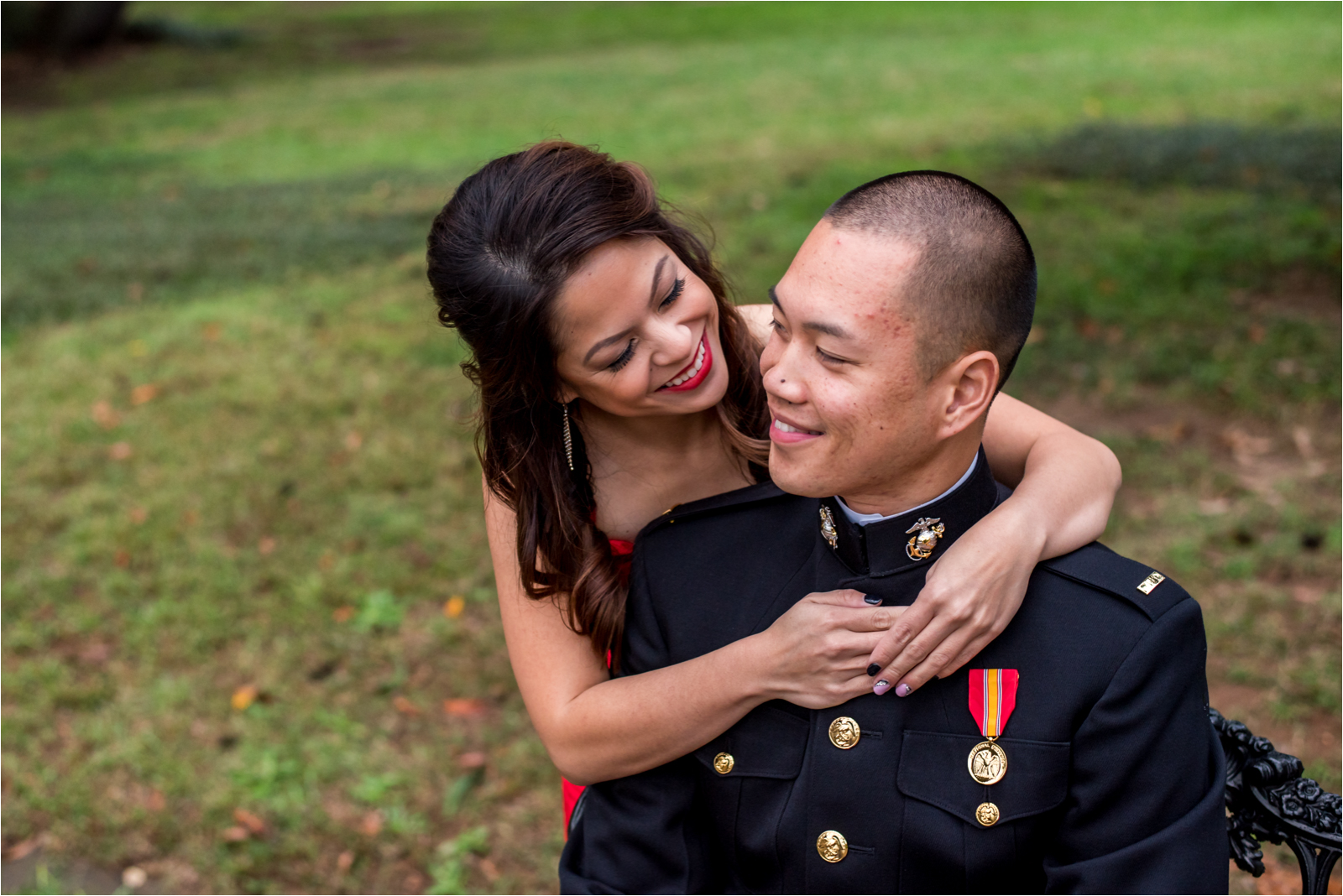 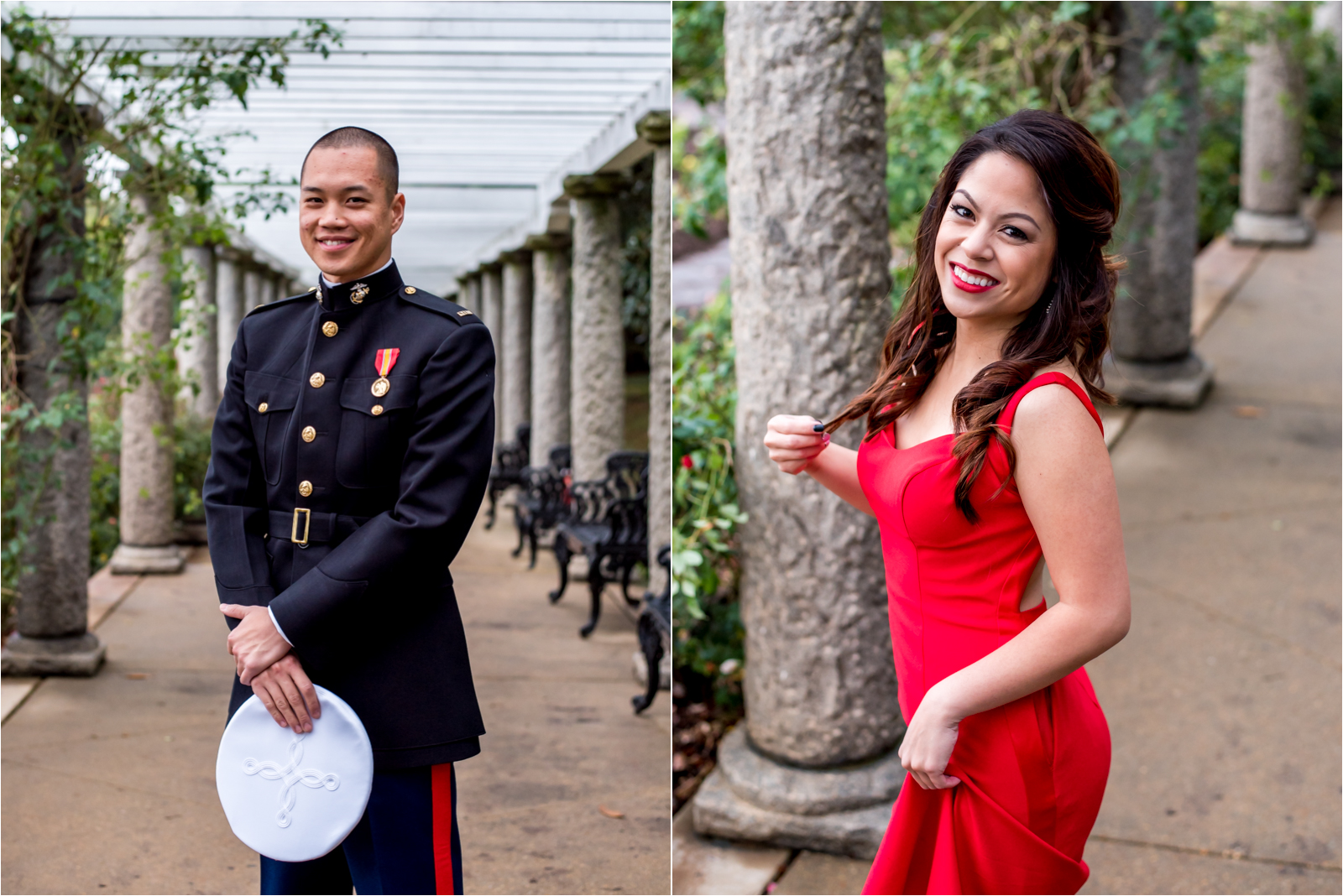 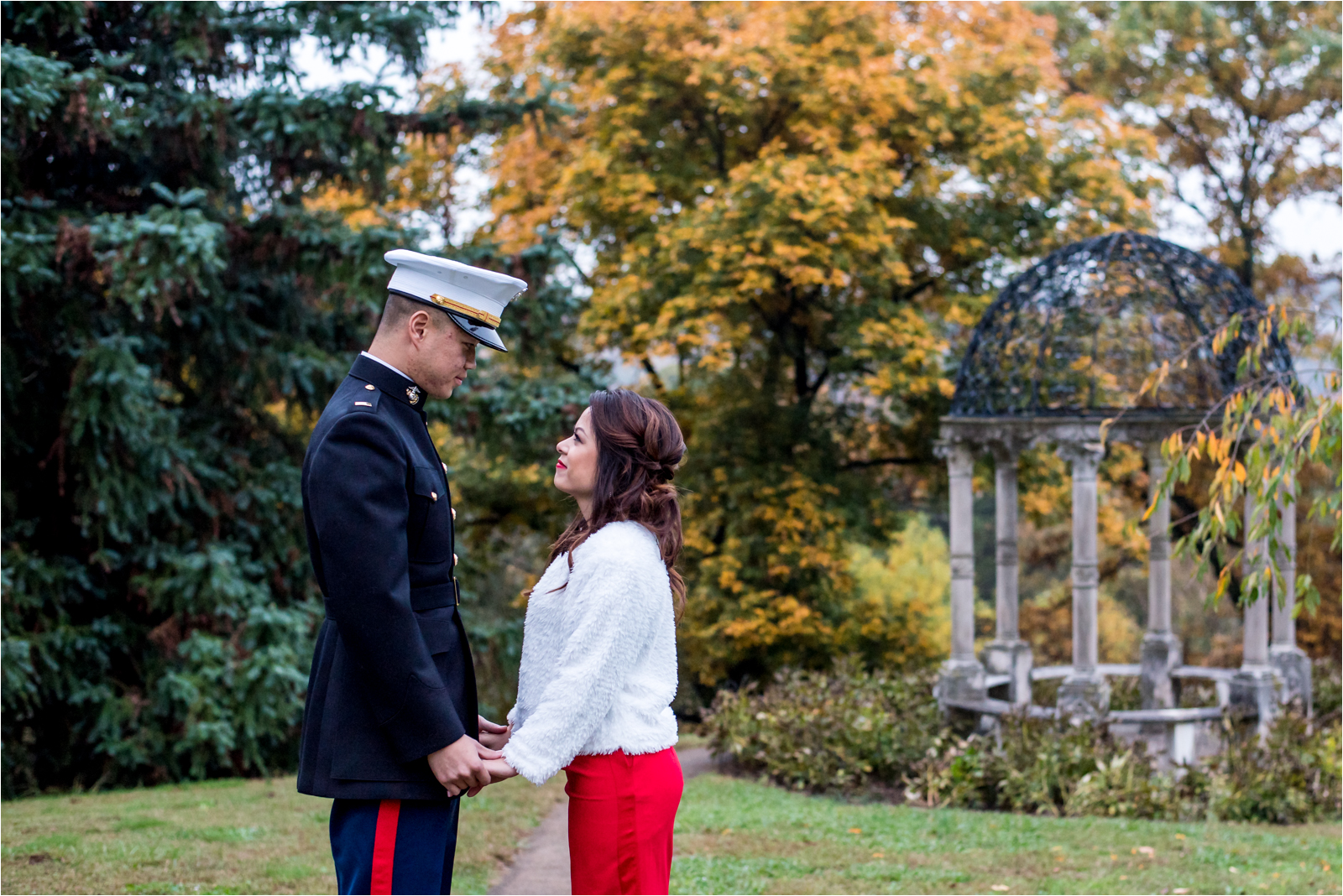 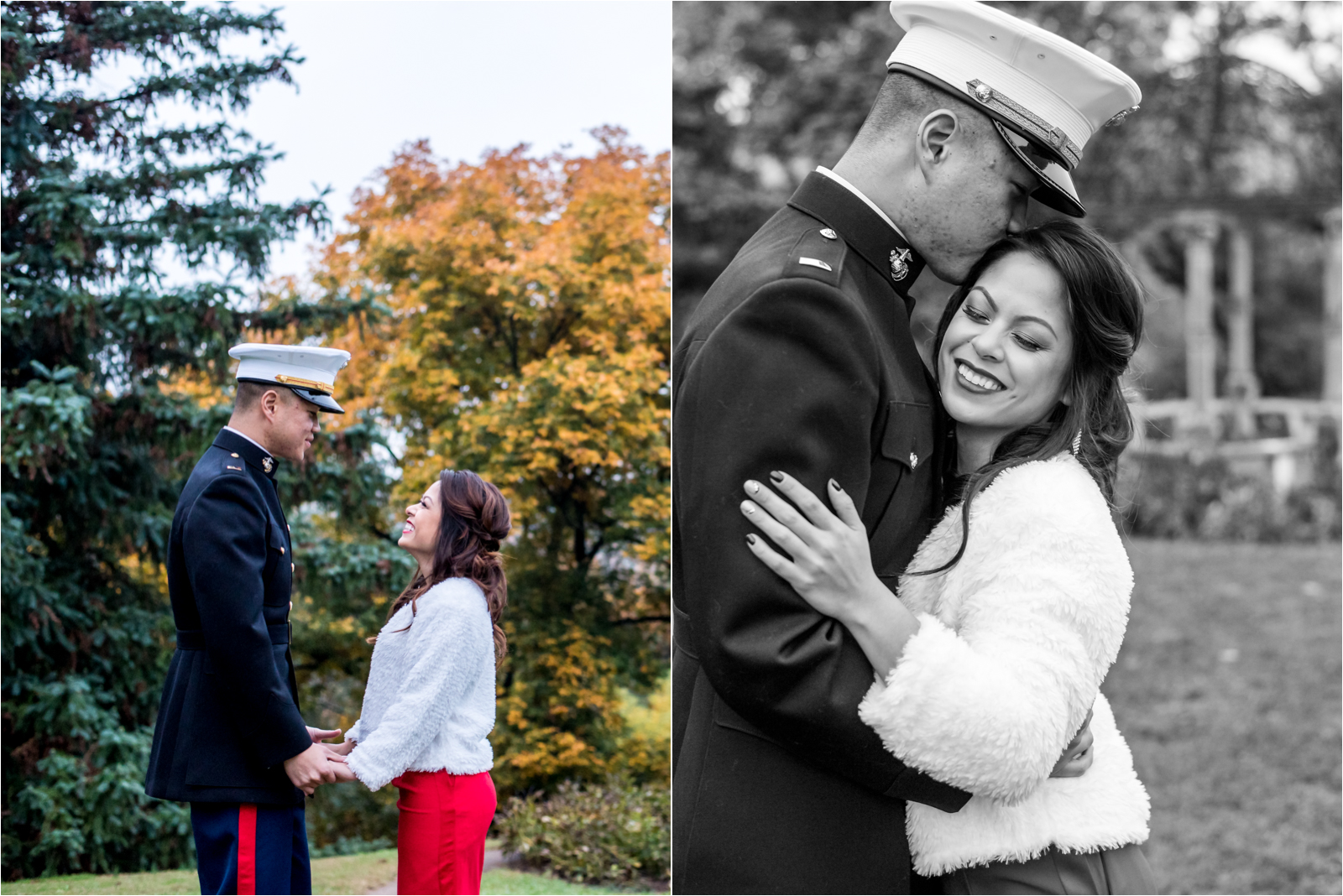 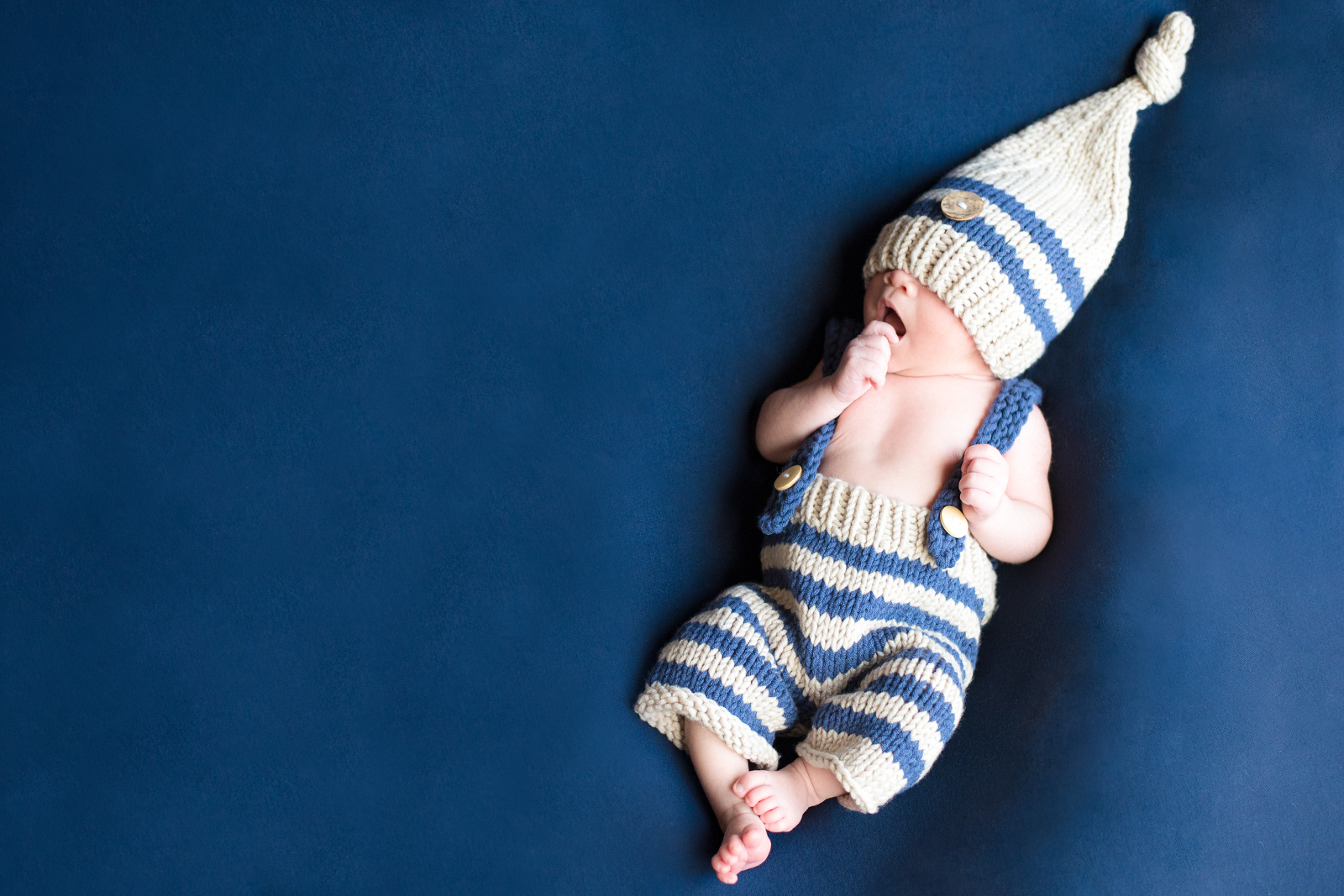 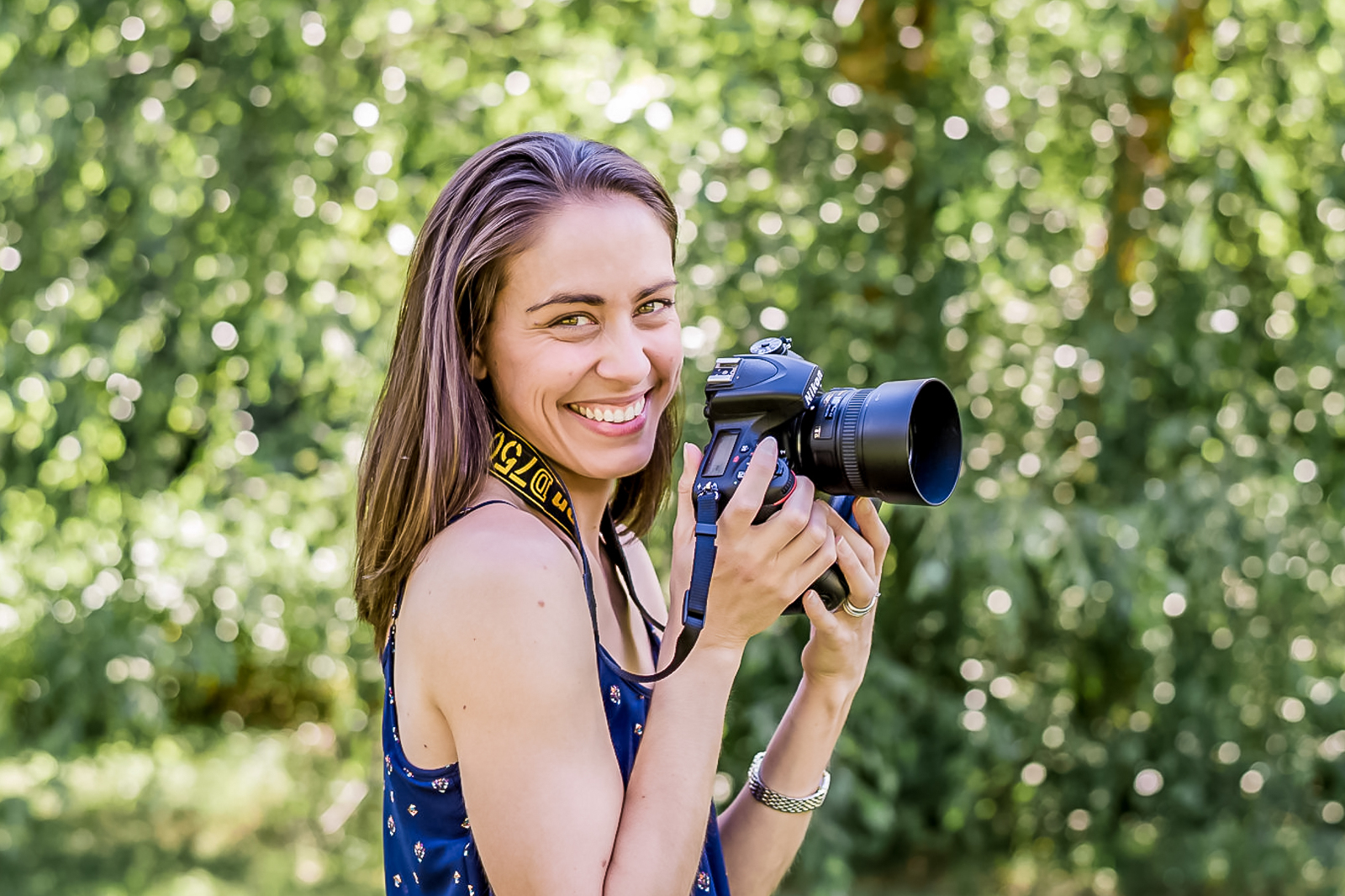