As you can see from my last post here, I stopped at QUITE a few roadside attractions during my 9-week journey across the US! However, while there were certainly many stops, I could only have one favorite.

And WHAT roadside attraction could so obviously take the #1 ranking spot that it deserves? Why none other than Barney’s Toilet Seat Art Museum in San Antonio, TX.

Now, I can already see what you’re thinking:

And I get it. I too was skeptical at first. Until I arrived. And met Barney.

My sister-in-law, Alexandra, and I were greeted in front of Mr. Barney Smith’s garage/museum door as if we were old friends whom he’d known every day of his 95 years on this planet.

After shaking our hands and welcoming us, he immediately began introducing us to his art – a collection of over 1,000(!!!) toilet seats that Barney has decorated over the last 5+ decades.

Barney’s collection began over 50 years ago when he found out that a plumbing supply company was going to be throwing away 50 toilet seats. What better way to create something from nothing than to start with…well…what others believed to be trash? 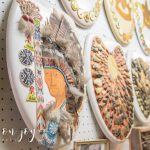 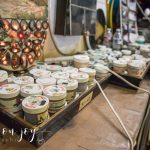 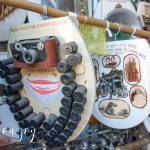 Barney took those 50 toilet seats (and another 950+ more after that…) and created beautiful art using found objects, paint, sketching/carving, and a whole lot of ingenuity. His work spans everything you can think of. Literally. From family road trips to anniversaries and birthdays, Olympics, hobbies, board games, holidays, animals – you name it, there is a toilet seat decorated in its honor. Did I mention the toilet seat that has a million dollars on it or the one that contains a piece of the Challenger?? 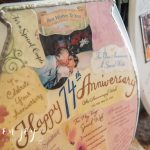 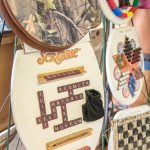 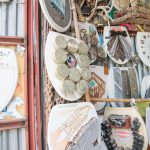 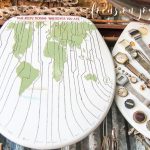 He even has (at least) one toilet seat for every state, along with several countries, and, if you’re lucky enough, you can add your signature to wherever you’re from. Barney will then etch your personal signature and make you a piece of his artwork!

Alexandra holding the NY toilet seat before we signed the back 😉

Barney has also appeared on numerous television shows (including The View, Montel Williams, The Jeff Foxworthy Show, and several news casts, just to name a few) and in MANY publications (including books and magazines like People.) He keeps a VHS TAPE (!) of just a few of his many public appearances on loop so that you can enjoy it sporadically as you explore the gorgeous handcrafted works in front of you. 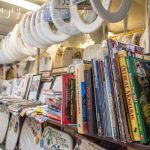 Some of the media Barney’s work has been included in! 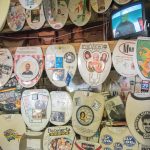 While there is SO MUCH to see and experience inside of his 200 square foot garage/museum/work station, by FAR the best part of the whole experience is hearing Barney speak lovingly about so many of the pieces he has created. He is truly a walking history lesson in the best possible way!

At 95, Barney was upbeat and humorous, with a tack sharp memory and story to go along with each and every one of his toilet seats. It was truly a pleasure to meet such a gem and I hope that throughout my life I can embody even half as much spirit and love of life as Barney.

(Note: While admission is free, donations to Barney’s museum are always welcome and can be sent to the above address :).)

This is so amazing! What a beautiful soul Barney has. It amazes me how what many people consider as”trash” can be transformed into something beautiful– ART. Thank you for sharing this. This really brightens my spirit 🙂

Welcome to the FOJ blog